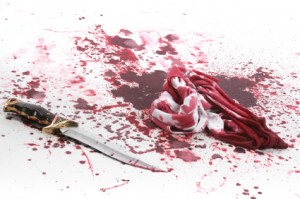 Mutilation procedures are usually carried out without anesthesia or pain killers and usually under extremely unhygienic conditions. They are performed usually by so-called “circumcisers“ who frequently also work as midwives.

In some countries, so-called „medicalization“ of the practice can be found. Doctors as well as other medically trained personnel perform the mutilation of the female genitals, usually illegally and in violation of professional ethics anyway. In Egypt, for example, 75 % of all mutilations are performed by doctors who provide an income with this villainous deed.

A “medicalization” can have disastrous consequences for the fight against this crime. When this act of brutality is disguised as a medical operation opening the door for further legitimation and social acceptance and public protest will possibly fall silent. Those who claim to find a „more human“ component in mutilation because of the use of narcotics and hygiene must be answered clearly as follows: the so-called „medicalisation“ is the height of perversion and can only be understood as an expression of a fully degenerate, dehumanised system of values.