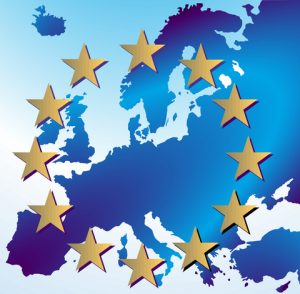 In 2000, a unique study by 16 scientists and doctors took place in Austria.

The study proved conclusively that genital mutilation is being carried out “on our doorstep”:

According to the study, 88 out of 252 girls (35%) have already undergone the FGM procedure. The age of these girls reflects the situation in their country of origin (see the state of affairs in Africa in the previous chapter).

A further 6.2% of those questioned stated that the children were still too young for the procedure. Or to put it another way, a suspension of the procedure. This leads to the conclusion that the mutilation will take place when the daughter has reached the right age, in other words between 6 and 13 years.

The research shows that two thirds (66.7 %) of the parents questioned allowed the genital mutilation to take place on their daughters in hospitals or outpatient surgeries. Experience in Africa shows this to be a very high percentage. Which prove that the questioned academics live in cities which have access to modern health facilities.

The results show that 30.4% (76) of those questioned knew, and had received information, that in Austria children of female immigrants will receive the FGM procedure.

Following that question, the persons who admitted they know about the genital mutilation of immigrant children should tell from their experience where the procedure took place.

Those questioned mentioned more than one place. The result was that 63 persons stated it was done in Africa, 29 said Europe and 21 Austria. In the last two cases, it was stated that the procedure took place in hospitals. No additional information has been given.

Within the high-risk groups i.e. immigrants from countries with the highest mutilation rates (see Handlungsleitfaden für Jugendämter [guidelines for youth welfare offices]) it looks even worse. We have information from the people themselves that within the Somalian communities within Europe, for example, 70 to 80% of young girls are mutilated.

In an article in the Dutch newspaper “Trouw” dated January 2007 – two social workers from Somalia – independently from each other – working with families from Somalia described the situation as follows:

Zahra Abdi: “I estimate that about 80% of the girls have to go through this procedure. It is an open secret. The mothers don’t do it themselves but travel during the summer holidays, for instance, to London where in a special clinic a doctor from Sudan will carry out the procedure on girls from as young as four years of age.”

Sociologist Zahra Naleie from FSAN (federation of Somalian alliance in the Netherlands) agrees on the matter. She says that 80% is a realistic number. From her experience the women don’t only go to Great Britain, but also to Italy or their home country. Sometimes they even ask her if she knows of a doctor who would be able to do this. There was even a nurse who for many years visited the families and carried out the procedure in their homes. Until recently it was easy in Delft, Rotterdam and Zutphen.

The Waris-Dirie-Foundation discovered, while carrying out for many months undercover research for a book called “Schmerzenskinder”, that there is no such thing as impossible – from organised group mutilation “trips” to mutilations in clinics or mass mutilations at the back of someone’s house.

The Norwegian “Human Rights Services” organisation is one of the first in Europe who was able to get a good look behind the curtains of the Somalian community in Norway.

They believe there is a 70% mutilation rate. That, however, is not all: child marriage, forced marriage, human trafficking, etc., are all on the daily agenda. Additionally, massive family violence has been acknowledged, especially physical and psychological abuse of children – especially girls.

Regardless of the great number of genital mutilation victims there is an almost complete lack of criminal prosecution of the culprits. Even though in many European countries there is a ban on genital mutilation, the culprits, in particular the families, go without punishment. The reason for this – in almost all countries – is the lack of a regulatory framework to prove the mutilations (by means of medical examination) and to bring the cases to the attention of officials (by means of doctors’ obligation).