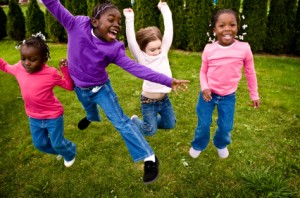 Our definition of „success“ is having achieved only those results that mean measurable, secure protection for individual girls or a group of endangered girls, since the implementation of the right for protection of all endangered girls is goal and measure of our work.

As partial success, we see every change in the public’s awareness, as well as concrete behavior that finds path for the implementation of comprehensive protection measures.

More than half of the present court orders that are related to the protection of girls against genital mutilation have been initiated and/or accompanied by the TaskForce. The court proceedings ended – with one exception – always with the granting of secure protection of the girls against the danger of being mutilated in their parents’ home country.

Just in one single case, the TaskForce was able to give the all-clear to a dedicated youth welfare office that had already prepared protection measures (request to the Local Court concerning restriction of the right to determine the place of residence): An endangerment of the girl during a “vacation trip” could definitely be excluded.

Since politicians and ministries still seem to react quite cautiously towards the fundamentals and possibilities of comprehensive protection of all endangered girls, real success is rather out of sight.

The current “Support Manual for Encouraging the Identification of Child Abuse and the Adequate Handling of Suspicious Cases”, (in German) that has been passed by diverse Ministerial Conferences of the Federal States (e. g. conferences of Interior Minister, Education Minister and Minister for Family Affairs) can be seen as direction-giving for consequent action of the youth welfare offices:

Genital mutilation results in irreparable sanitary and mental impairment for the girls, and in many cases they lead to long-lasting severe diseases, to psychoses, partly even to death. The mutilation is committed at the parents‘ instigation or with their tolerance, mainly during staying abroad on vacation.

The diffusion rate of genital mutilation is considerably high in countries like Egypt or Gambia. Almost every girl over there is endangered of being mutilated. In case the parents‘ home country belongs to those regions that hold a high diffusion rate of genital mutilation, the family courts are allowed to constrict the right to determine the place of residence. In general, this leads to parents not being allowed to take the girls to their respective home countries – not even during school vacation. The youth welfare office that controls the right to determine the place of residence is taking care these regulations are being followed. The parents’ intention or menace to have their girl mutilated is not relevant for the interference in the right to determine the place of residence, but rather the presumption of preventing a severe encroachment upon the physical and mental integrity that is probable due to social constraints in the home country’s society.

The refusal of the draft law concerning genital mutilation as an element of a crime in summer 2009 was accompanied by the TaskForce with its expertise and a petition. With refusal of this draft, the momentous consequences for the victims we predicted could be avoided.

For the first time ever, as a member of the alliance “Protection of girl-children from Female Genital Mutilation”, the Task Force was able to create a public awareness of the – very easy to avoid – genital mutilation of sponsored girl-children in German development aid projects: The unique approach “Protection of girl-children from Female Genital Mutilation” makes tolerating the genital mutilation a central topic and criticizes the organizations Plan International, World Vision, Kindernothilfe (“help for children in need”) and ChildFund. It shows a practicable, easy solution that can guarantee measurable protection of the children.

Februay 2010: The first 5.000 letters have been signed! 5.000 letters that call on Plan International, World Vision, Kindernothilfe and ChildFund to consequently claim the protection of the sponsored girl-children and to guarantee and investigate its realization. The campaign cause (task group) in the social network „Facebook“ is counting 10.000 supporters; among those are a lot of men and women from African and Arabian countries. The campaign’s fan page counts more than 4.000 fans now.

Although the organizations insist on tolerating the genital mutilation of the sponsored girl-children and continue to justify their politics in public, the pressure is permanently increasing. In October, the alliance invited the CEOs of World Vision, Plan International etc. to a round-table – but so far, the organizations are not willing to participate in such a discussion. The alliance is sticking to its guns and is continuing to claim this necessary round.