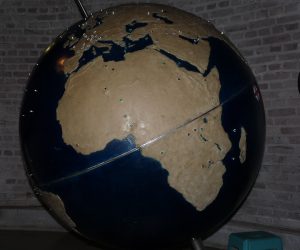 The general attitude that the fight against genital mutilation has come from the “Western world” is wrong. For decades many African and Arab women and men have resisted this brutal act.

Unfortunately, all their efforts have not gained support from Western governments or aid organisations. Even today most institutions in the West focus on other priorities.

Even organisations, who intermittently support the projects, come nowhere near to using all of their efforts to really make some distinctive changes in order to achieve the fast abolition of female genital mutilation.

Many adopt the attitude that the use by African men and women of genital mutilation is a “cultural struggle”, and that they resist interference from the West.

The critical voices of brave African women and men, who try to remove genital mutilation from the context of “just culture and tradition” and who fight against the global suppression of women, go mainly unheard. But these are the voices we need to support and encourage by showing clearly our position and responsibility.

The Task Force is committed to enabling the African and Arabic critics of this terrible mutilation to be heard and treated seriously.

Please see the important MAPUTO protocol on this issue…

Read the illuminative interview with Marie Nareku, a Kenyan activist…